OUR MISSION AND OUR BOARD

The Kemper Human Rights Education Foundation (KHREF), a 501(c)(3) non-profit corporation, seeks to spur the search for rules and enforcement mechanisms that will ensure everyone’s human rights are realized.   Hence it sponsors human rights essay contests for high school students in the U.S. and other countries. 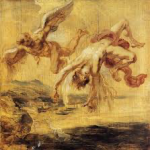 “The Dream of intellectual unity,” wrote E.O. Wilson in Consilience, The Unity of Knowledge, “first came to full flower in the original Enlightenment, an Icarian flight of the mind that spanned the seventeenth and eighteenth centuries. A vision of secular knowledge in the service of human rights and human progress, it was the West’s greatest contribution to civilization. It launched the modern era for the whole world; we are its legatees. Then it failed.” KHREF’s goal is to motivate students to give it wings again. 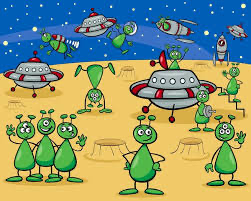 Leo Szilard, Edward Teller, Theodore von Kárán, John von Neuman and Eugene Wigner, five geniuses who in World War II helped the U.S. develop the atom bomb before Germany, all came from Budapest.  One explanation given for that fact was that they were Martians whose spaceship happened to land in Hungary.  Another more widely accepted explanation was that a contest in which a cash prize (the Bolyai Prize) was offered inspired them to solve scientific problems.  Today, KHREF’s essay contests inspire students from around the world to solve human rights problems that left unsolved lead to the existential threat of nuclear war.

Penelope Andrews, LL.M., Professor of Law, Co-Director of New York Law School’s Racial Justice Project, former Dean of the University of Cape Town’s Faculty of Law, and author of From Cape Town to Kabul: Rethinking Strategies for Pursuing Women’s Human Rights; Paul Cantor, Ph.D., president of the board, professor of economics and Richard Kemper’s nephew was a Fulbright professor at the National University in Costa Rica for one year and a Civic Education Project professor at Comenius University in Slovakia for two years; Monojit Chatterji, Ph.D., a professor of economics at Cambridge University who in addition to publishing many refereed journal articles won the prestigious Economics Network prize for his undergraduate course in economics; Ariel Dorfman, Walter Hines Emeritus Professor of Literature at Duke University and the well-known author of works that have been translated into over fifty languages and plays that have been performed in over 100 countries; Kristina Eberbach, M.I.A., is a human rights consultant and an Adjunct Assistant Professor of International and Public Affairs at Columbia University. She served as Deputy Director at Columbia University’s Institute for the Study of Human Rights from 2019-2021 and as Director of Education from 2010-2019; Micheline Ishay, Ph.D, Professor of International Studies and Human Rights at the Josef Korbel School of International Studies, University of Denver Distinguished Scholar, and author of Internationalism and its Betrayal; The Nationalism Reader; The Human Rights Reader: Major Political Essays, Speeches and Documents from Ancient Times to the Present; The History of Human Rights from Ancient Times to the Globalization Era; and The Levant Express: The Arab Uprisings, Human Rights and the Future of the Middle East; Yvonne Lopaur, M.A., a retired high school science teacher; Richard Marsico, J.D., professor and director of New York Law School’s Wilf Impact Center for Public Interest Law and the author of Democratizing Capital: The History, Law, and Reform of the Community Reinvestment Act; Samuel Moyn, J.D., Ph.D., professor of Law at Yale University and the author of: Humane: How the United States Abandoned Peace and Reinvented War; Human Rights and the Uses of History; The Last Utopia: Human Rights in History; Christian Human Rights; and, Origins of the Other: Emmanuel Levinas Between Revelation and Ethics; Sanjit Shah, J.D., a partner at Mound Cotton Wollan & Greengrass LLP; Roger Sparks, Ph.D., professor of economics at Mills College; Mary Templin, Ph.D., Senior Lecturer in the Jesup Scott Honors College of the University of Toledo and author of Panic Fiction: Antebellum Women Writers and Economic Crisis.

Richard Kemper, a lieutenant in the United States army, was killed in France during World War II.  Subsequently, his parents, Adolph and Helen Kemper, purchased land by the high school he attended and dedicated it to all those who fought and died defending human rights.