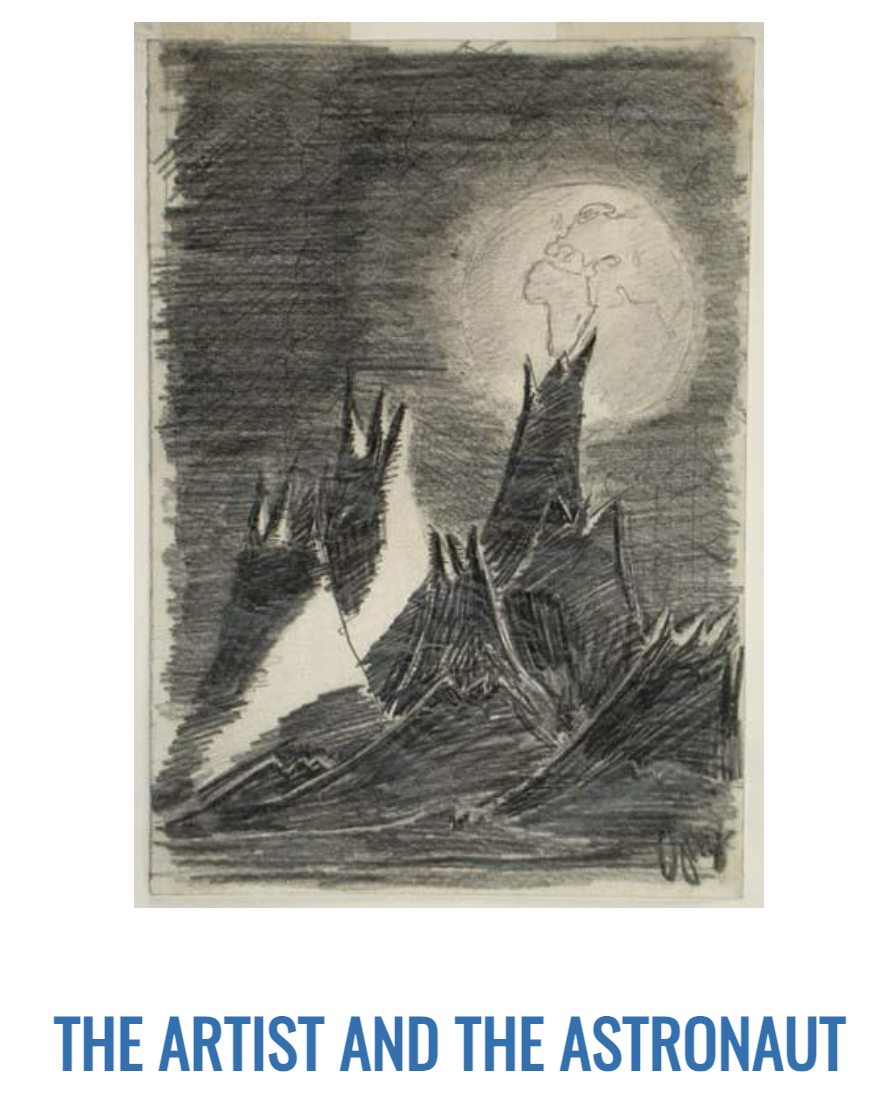 Ilan Ramon, a colonel in the Israeli air force and one of seven astronauts killed on February 1, 2003 when the space shuttle Colombia exploded on reentry, had with him a drawing.  The drawing, called Moon Landscape, was the work of a 14-year-old boy named Petr Ginz. Petr died in Oswiecim. Oswiecim is a town in Poland. It is in Oswiecim that the Nazis built their largest extermination camp. The German name for Oswiecim is Auschwitz.

Six or seven triangular mountains or volcanoes occupy the foreground of Petr Ginz’ drawing. In the background earth hangs suspended in space.  Petr Ginz drew Moon Landscape in Terezín. Terezín or Theresienstadt is a town in the Czech Republic, formerly Czechoslovakia, where Jews from Bohemia and Moravia were held before the Nazis shipped them to Auschwitz and elsewhere. 15,000 children passed through Terezín. Only about 1000 survived.

No doubt Colonel Ramon took the drawing with him aboard the space shuttle Colombia with that thought in mind and because he wanted people to think about how science has been used for both good and evil purposes. “Look at what our creativity and problem-solving ability has given us,” he was saying. “On the one hand: art, music, poetry, extended lifetimes, and spaceships. On the other: weapons of mass destruction, instruments of torture and extermination camps. As a result, our capacity to enrich our lives or destroy them has never been greater and we are faced with a challenge more critical than any challenge we have faced before. The challenge is to find a way to create a just and therefore peaceful world order which enables us to destroy our weapons of mass destruction before they destroy us.”