A parcel of land fronting the Boston Post Road and adjoining Mamaroneck High School is offered to the School District for $3000. The offer is rejected because "no funds are available." Adolph and Helen Kemper offer to buy the parcel and two others to form a Memorial Park honoring their son and others from the community who were killed in World War II. The School Board accepts the offer on condition that the Park be created "without cost to the School District." (Mamaroneck School Board Minutes, June 12, 1945).

Richard Kemper’s parents, Helen and Adolph, complete their purchase of the parcels and deed them to the Union Free School District No. 1, Town of Mamaroneck to "be held and maintained in perpetuity for public and school use as a memorial." The Kemper family has dilapidated buildings on the grounds razed, the property landscaped, and granite benches and a monument placed in the newly created Richard Kemper Park. Engraved on the monument are the names of 98 men and one woman from the community who where killed in World War II. School Board Trustee Theodore Riegel states: "This Park will become a place of beauty as a worthy memorial to the boys and girls of the school district who so valiantly gave their lives for our protection and peace." (School Board Minutes, May 7, 1946).

On Sunday, May 25, 1947 a Richard Kemper Park dedication ceremony, takes place in the Mamaroneck High School Auditorium. In the dedicatory address Colonel Bernard Lentz, the former commander of Fort Slocum says to Helen and Adolph Kemper: "In presenting this Park to the people of Mamaroneck you have seen to it that the heroes of yesterday will not be pushed out of our recollection or the recollection of the generations of boys and girls who will be receiving the blessings of liberty in the shape of an American common school education." (The Daily Times, Mamaroneck, Monday, May 26, 1947).

Two days after the ceremony in a letter addressed to Mr. Kemper, Hoyt D. Smith, the principal of Mamaroneck Junior High School, wrote: "On behalf of the Junior High School teachers and students, I wish to express our appreciation to you for having converted an unsightly area into a beautiful park which will be hallowed ground for all time. Its location and the simple but beautiful plan make the Richard Kemper park a most fitting memorial to our heroes. Without your vision and your generosity, this project might never have been undertaken. I am sure that this sanctuary will inspire our pupils to a deeper sense of devotion to the great cause for which Richard and his fellows made the supreme sacrifice." 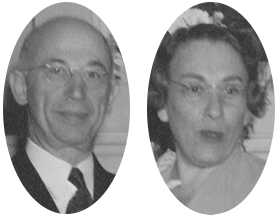 The Kemper Memorial Park Preservation Fund, Inc., a not-for-profit corporation, is established by The Citizens' Group for the Preservation of Kemper Memorial Park to raise funds to: i. preserve, protect and restore Kemper Memorial Park, in its present location and in its present configuration in the Village of Mamaroneck, State of New York, for the use and benefit of the public as follows: (a) as a memorial to veterans of World War II and the sacrifices made by local residents who died in World War II; (b) for use as a place of quiet reflection by families of local residents who were lost in World War II and as a place where community members can pay their respects to those who were lost; and (c) as valuable open green space; ii. educate the community, especially students of the Mamaroneck School District, about the history and significance of the Park as a memorial to veterans of World War iii. assist the American Legion, Veterans of Foreign Wars, the Mamaroneck School District and the citizens of the community with the planning and conduct of the annual Memorial Day ceremonies; iv. encourage appropriate allocations from the Mamaroneck School District; v. prevent the Park from being used as an athletic field, parking lot or for any other purpose that would detract from the quiet, contemplative space originally envisioned by the donors; and vi. raise funds from the public and other organizations, for the above described purposes. Jan Northrup is elected president of the Fund. Mark Schumer is elected treasurer. The Fund soon: establishes a web site (http://kempermemorialpark.org), begins producing a Newsletter, provides an internship for a high school student to help with researching the personal histories of those whose names are on the monument, creates living history displays linked to the Park that illustrate the impact World War II had on the Larchmont/Mamaroneck community and individuals within the community and vice/versa, and raises funds from the community to repair the monument and upgrade the park. 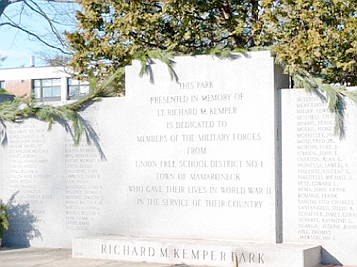 Under the direction of pro bono architect Catherine Wachs and with the support of Jan Northrup, John Esposito, and Mark Schumer the Kemper Memorial Park Preservation Fund begins implementing its plan to beautify the park. 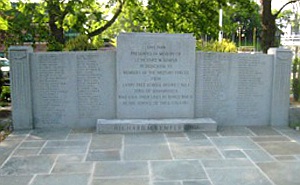 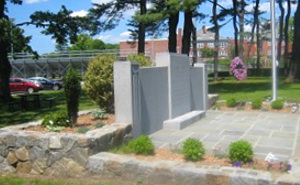