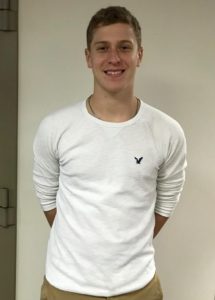 The Universal Declaration of Human Rights (UDHR) was adopted by the United Nations in 1948 as a result of the atrocities committed in World War II. It set forth a long list of principles that, theoretically, all countries would adhere to, to protect the rights of individuals throughout the world. However, the list was so long, and many of the rights so vague, they were often used by governments not to uphold the rights of individuals, but rather to justify oppressive action. In “The Case Against Human Rights,” Eric Posner, a professor at the University of Chicago Law School, makes this argument, stating that, “The central problem with human rights law is that it is hopelessly ambiguous,” and in turn, this ambiguity, “allows governments to rationalise almost anything they do.” (Posner) Posner argues that there is no possibility for any form of universal human rights law simply because of the ability that governments have to interpret them differently. However, I disagree with the notion that all human rights laws are necessarily so ambiguous that they can’t be universally applied. While Posner may be correct with respect to some human rights, other rights are so powerful and unambiguous that they can be universally applied and interpreted by all leaders to protect all human beings.

In the United States today, we are faced with a growing debate over how to deal with the various challenges presented around the world with regard to human rights. President Trump has made his opinion clear; he is seeking to reestablish waterboarding as an interrogation method, and he will continue to fight for a ban on Muslim refugees entering the country. Some, like Posner, might argue that Trump, like any other leader, can interpret human rights law to justify such tactics as ensuring the “life, liberty, and security” of American citizens (Article 3 of the UDHR). However, the rights to freedom from torture and degrading treatment (Article 5) and freedom of religious belief (Article 18) are powerful and unambiguous, and they are not susceptible to misinterpretation. Therefore, one cannot argue that these specific, universal human rights can be ignored in order to justify that waterboarding and a “Muslim ban,” ensure every citizen’s “right to life, liberty and security of person.”

The right to freedom from torture and degrading treatment is so powerful and unambiguous that it should be universally applied to all people, because torture is unconditionally morally wrong. Torture, particularly since World War II, has been recognized as inhumane and morally repugnant. Methods of torture, such as waterboarding, unjustifiably inflict pain on human beings and go against the values that have long been held in the US of protecting the inalienable rights that all humans possess. The specific moral violation that torture creates is addressed by Kenneth Roth, in his article, “Getting Away with Torture.” Roth states the following:

[Torture] dehumanizes people by treating them as pawns to be manipulated through their pain. It harnesses the awesome power of the state and applies it to human beings at their most vulnerable. Breaching any restraint of reciprocity, it subjects the victim to abuse that the perpetrator would never himself want to suffer. (Roth)

Torture is used to take advantage of and control the subject through degrading treatment that is morally wrong. When torture is inflicted on another human being, principles as old and as well recognized as the “Golden Rule” (do unto others as you would have them do unto you) are broken. Torture does not only dehumanize the subject, but also dehumanizes the state and the torturer himself. Katie Smith, in “Is Torture ever Morally Acceptable? If so, Under what Circumstances? If not, why not?” states the following:

Torture is not possible without the brutalisation of the torturer; you must ‘lose your soul’ if you are to save the victims. To torture requires us to overcome our socially conditioned abhorrence of violence and to accept the psychological repercussions… [T]orture carries a much greater moral stigma (and therefore requires greater brutalisation) than killing in war, for example, as it constitutes an act of violence against an entirely defenceless being. (Smith)

Torture is morally wrong on all fronts: from the perspective of the victim, the torturer, and the state. It is because of this reality that the right to the freedom from something as degrading as torture should be universally upheld and applied to all people.

Some will also make the argument that torture should not be used, because it rarely elicits truthful information. It has been shown that people who are being tortured often provide false information that they believe the torturer wants to hear in order to prevent the torture from continuing. In the article, Smith says:

Under torture, a knowledgeable suspect may not tell the truth and an innocent suspect cannot; there can be no method of distinguishing between the two. [Maher] Arar, a victim of the US’s ‘extraordinary rendition’ program, claimed that, under torture, he eventually confessed to whatever was demanded, “You just give up. You become like an animal.” In short, torturing a person can give you no guarantee of obtaining accurate or useful information. (Smith)

While this argument may be correct, it implies that if the information resulting from the torture was accurate, the torture would be justified. This implication should be rejected, as torture should be considered morally wrong in all instances, because of the unique physical, emotional, and moral damage it does to the subject, the torturer, and the state. Therefore, the Trump administration cannot argue that torture, such as waterboarding, justifiably protects the rights of all citizens to “life, liberty, and security of person.” In fact, it does the exact opposite.

The right to freedom from religious persecution is so powerful and unambiguous, that it should be applied universally, because religion is a fundamental facet of human self-determination. All humans have the inalienable right to seek their own religious identity and meaning of life; this right is a large part of what makes someone human. John Courtney Murray, in “Arguments for the Human Right to Religious Freedom,” makes this argument, by stating the following:

Undeniably the demand for freedom has its basis in man's intellectual nature, in the human capacity to seek, to embrace, and to manifest by his way of life the truth to which he is ordered. In no other way can he perform his duty toward truth than by his personal assent and free deliberation. What is more, from this single consideration it is already clear that no one is to be forced to act against his conscience or against the demands of the truth that he has in fact found, or at least thinks that he has found. If so forced, he would be acting against his intellectual nature itself. (Murray)

Based on this principle, one can conclude that President Trump’s policy of banning refugee immigration from Muslim countries does not protect the rights of all citizens to “life, liberty and security of person,” and therefore, it should not be allowed. First, it is evident that, although the Trump administration has argued that this action is not religious discrimination, there is good reason to believe it is. For example, the New York Times, in “Appeals Court Will Not Reinstate Trump’s Revised Travel Ban,” states that the travel ban, “in context drips with religious intolerance, animus, and discrimination.” (Liptak) The Trump administration’s plan is, in fact, not designed to ban people because they are more likely to be terrorists, but rather to ban people based on what god they believe in.

Consequently, it cannot be argued that Trump’s policy protects security of American citizens, not only because it violates the rights of Muslims, but also because it potentially violates the right of all people to the freedom of religious belief. In “The Trump Administration’s Dangerous Attempt to Redefine Religious Liberty,” Claire Markham states:

So narrowly tailoring religious liberty and only recognizing one segment of the faith community devastates the security of true religious freedom for all. While it might suit the current administration to enshrine conservative Christian beliefs into law… all people of faith and those who support true religious liberty should be on high alert. Otherwise, religious liberty stands to become simply another name for protecting the religion of those in power. (Markham)

Despite the analysis above with respect to fundamental, unambiguous rights, Posner may have a valid argument with respect to other rights. There are many rights listed in the UDHR that are too vague and ambiguous to be universally applied, and they can be interpreted in different ways by different governments. It is also possible that these ambiguous rights conflict with government policy and can create societal tension. However, as shown above, there are some rights included in the UDHR that are so unambiguous and powerful, that they should not be open to interpretation by leaders. In order to make the UDHR more effective and to allow governments to effectively protect their citizens, it should be amended and divided into two distinct parts.

First, the clear-cut, unambiguous rights should be separated from the vaguer rights in the UDHR. For example, Article 5, the freedom from torture, and Article 18, the freedom to religious belief, are two rights that would be included in this section of explicit rights. Rights such as these should not be open to interpretation by government; they are universal in their meaning and apply to all people, no matter the circumstances. These rights override any government policy, no matter the justification.

Second, the rights that are more ambiguous should not be considered uncompromisable “human rights.” This is not, however, to say they should be eliminated from the UDHR entirely. Rather, these statements should be considered human rights guidelines. These guidelines would serve as moral direction for how governments should make decisions with regard to their people. In theory, governments would have reasonable discretion to interpret these guidelines, depending on the circumstances. For example, the right that “No one shall be subjected to arbitrary arrest, detention or exile” (Article 9) certainly should be followed in most instances, but there may be circumstances in which governmental policy could override such guidelines. There are instances where governments can argue that the rights of their citizens are protected by ensuring that non-citizens enter their country legally. Ideally, a balance between the guideline and governmental interest would depend on specific circumstances. An example is the Trump administration's policy on deporting illegal aliens, which would theoretically protect American citizens’ right to “life, liberty and security of person,” as well as fairness and economic interests. A balance would factor in, on the one hand, the history of the individual being deported, and on the other hand, the validity of the government’s interests. For example, there is a large difference between an illegal alien who has been in the country for a short period of time and who has committed a crime, and an illegal alien who has lived in the country for 20 years, who has a job, pays taxes, and has raised a family.

The world we live in today is extremely complicated. The debate about how to protect and ensure the rights of all human beings, while also protecting the security and other interests of society, is an issue that will unfortunately never be solved perfectly. The best way to achieve an appropriate balance is to try to think outside the box. One way to do so may be to prioritize “human rights” and to make some rights more inviolable than others. Hopefully by doing so, we can achieve both a more just and a more secure society.