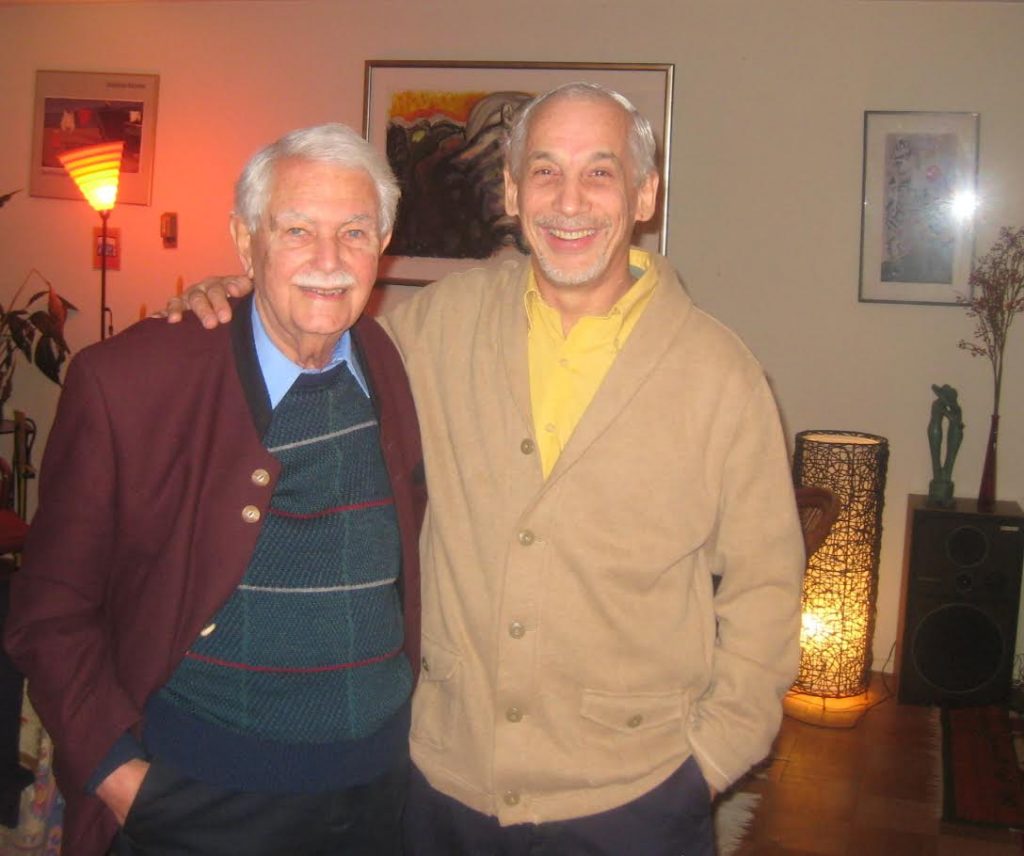 Egon Schwarz died three days ago.
It was 3 A.M. this morning when I received the news. 3 A.M. on Valentines Day 2017.

Egon, escaped from Vienna with his parents after the 1938 Anschluss. He was 16 at the time and his book Refuge: Chronicle of a Flight from Hitler, is the riveting account of his experience. It is a must read in these troubled times when so many are seeking refuge from the horrific situations they face in the Middle East or Africa.

After a harrowing trip as undocumented immigrants through Nazi occupied territory Egon and his parents finally ended up on a boat that brought them to Bolivia. Then he spent ten years working odd jobs while wandering through Bolivia, Chile and Ecuador till he finally made it to the United States.

But no doubt in the next few days when his obituaries are published in papers around the world they won’t begin with an account of those experiences. Rather they will indicate that he was a renowned scholar who was a Harvard professor for seven years before moving on to serve as the chair of the Department of German Languages and Literature at Washington University in St. Louis, Missouri. And of course they will mention his many other publications and the many academic prizes he received and the numerous other universities around the world where he was a visiting professor.

One of the remarkable things about Egon is how sharp his mind was and how engaged he was with the world right up until the end of his life. Here, for example, is an excerpt from the last email I received from him:

“The weather is dark and rainy, reflecting our political mood. We still hope that a figure will arise to collect the diffuse opposition in the country and articulate our collective dissent…The lack of rationality and knowledge is not the only explanation of our debacle. Another is the antiquated system; another the sex of the opposing candidate; a third the shameless lies, the gullibility of voters, the accumilated hatred in their chests and the…etc, etc.”

Our country and the world might have lost something we need a whole lot more when Egon Schwarz died three days ago. That something is the erudition and compassion he embodied.

But now as I write I hear Egon’s calling out to me and saying, “Don’t worry. My spirit lives on in the thousands of individuals like you whose lives I have touched and will continue to touch through my writings.”

In other words, “Egon Schwarz, Presente!”