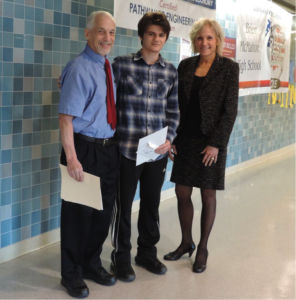 Our generation often fails to fully acknowledge the impact perseverance as well as courage has made in the fight for God given rights. It is through push and shove that we, as a nation, strive to achieve equality. Contribution to the fight for black equality is essential for progress. People tend to fear the outcome of unstable situations, but it is those bravely fight through sweat and tears for prosperity of our nation who deserve all due credit. The struggle for black equality has a long history, and the fight is yet to be over. African Americans were deprived of their rights. They were suppressed and not recognized as part of the American society. They did not falter in the fight for equality nor did they cower behind all the problems that would arise during the protests after World War ll. The strenuous battle between African Americans and suppressors of black people rights led to abounding conflicts. America was facing an internal dilemma concerning the distribution of power among races. Nevertheless, United States did an adequate job rebounding from the internal conflicts of racism but there is still a long way to go.

America is a relatively new country. If a timeline of the events that led to the parity of blacks in the United States were to be put together, it would be possible to notice that the struggle for equality started to become more intense from WWII. African Americans developed the Double V campaign with hopes of putting an end to discrimination nationally and abroad. The double V campaign was controversial but still contributed to the decline of racism. In a sense, the Double V campaign gave people a taste of the blacks’ dedication to achieve a Utopia. The Double V certainly influenced Truman and inspired him to end discrimination in the segregated US army, but further confrontations with black power suppressors were inevitable. The distribution of racial powers on the streets remained untouched.

Lack of positive outcomes that resulted from the Double V campaign was unprecedented and uncalled for. Further measures to ensure equality were being put into place. Children of black citizens of the United States were targeted in schools and the segregation was rampant. “In 1954, large portions of the United States had racially segregated schools, made legal by Plessy v. Ferguson (1896)”.[1] The public was outraged and National Association for the Advancement of Colored People (NAACP) along with concerned black US citizens interfered and declared segregation unacceptable. There had been many circumstances where NAACP had conquered the US courts with issues regarding the racism in schools. Brown v. Board of Education case, had replicated itself in schools that declined African Americans. The Brown v. Board of Education case was the final blow to the unconstitutional segregated schools. Brown v. Board of Education consisted primarily of 5 separate cases. “These cases were Brown v. Board of Education of Topeka, Briggs v. Elliot, Davis v. Board of Education of Prince Edward County (VA.), Boiling v. Sharpe, and Gebhart v. Ethel.”[2] Despite the plethora of various different facts associated with these cases, they all had one thing in common – unlawful and unjust discrimination of black children in public schools. Through extensive research and persuasion, the Marshall and NAACP Legal Defense and Education Fund argued a strong case that lead to a victory. “The decision held that racial segregation of children in public schools violated the Equal Protection Clause of the Fourteenth Amendment, which states that “no state shall make or enforce any law which shall … deny to any person within its jurisdiction the equal protection of the laws”. [1] This victory was a step forward on a bumpy road to racial equality in the United States.

Some form of organization/leadership was necessary in order for the struggle for equality to end. Such leader needed to have determination and willpower. The Civil Rights movement decided to elect the precocious Martin Luther King Jr. as their leader and motivator. The black US citizens admired the tenacity of Mr. King who tackled the issues on inequality head-first. King chose the road less traversed by adopting Gandhi’s methods of peaceful demonstrations which later played an essential role in gaining the sympathy of the general public. Although countless other people were involved in the problem of racial inequality, King played a vital role by inspiring others to fight with him.

Boycotts and peaceful demonstrations were prevalent practices of the civil rights movement and played a fundamental role in the battle of racial inequality. The first major breakthrough in racial boundaries was initiated when African Americans took a decision to refrain from using public transportation. The black citizens of US were infuriated with what happened to Rosa Parks. “On December 1, 1955, four days before the boycott began, Rosa Parks, an African-American woman, refused to yield her seat to a white man on a Montgomery bus. She was arrested and fined”.[3] The equal relationships between black and white US citizens was nonexistent. Mr. King took advantage of the opportunity presented and encouraged the NAACP as well as the concerned US black citizens to act promptly. King came up with a strategic plan to refrain from using public transportation. Eventually, the bus companies had no other choice but to end the segregation in busses due to the lack of revenue. The Montgomery Bus Boycott proved to be one of the most influential events in the civil rights movement. This protest proved to be a great success, and most of all, it showed American society how determined African Americans were to gain equal powers.

Inspired by the victory, King as well as NAACP members were eager to push further down the road of equality. In Birmingham, Alabama, the city government published a provision prohibiting any marches/protests without consent from authority. Dismayed by the unjust law, African Americans retaliated. Led by King, “Activists in Birmingham, Alabama launched one of the most influential campaigns of the Civil Rights Movement: Project C, also known as The Birmingham Campaign.”(Pbs.org). The Birmingham campaign ended up further educating the general public on the brutality of the situation regarding racism and hate toward blacks. The police used force against the unarmed peaceful protestors and are responsible for many of the gruesome scenes that took America by surprise. Furthermore, America felt sympathetic towards the innocent children that were being mistreated. “JF Kennedy had stated that what was happening in Birmingham was damaging America. King responded accordingly”.[4] Eventually the protests led to an abrupt stop as “The Birmingham Campaign ended with a victory in May of 1963 when local officials agreed to remove “White Only” and “Black Only” signs from restrooms and drinking fountains in downtown Birmingham; desegregate lunch counters; deploy a “Negro job improvement plan”; release jailed demonstrators; and create a biracial committee to monitor the agreement”.[5] During the next couple of months that followed the Birmingham Campaign, racial equality issue was being taken in consideration.

The suppressed voices of the mentally and physically abused African Americans were to be heard on the March of Washington. After gaining sympathy from people all across the United States, King, NAACP, and those who were passionate about putting an end to the unjust racial boundaries partook in what is considered to be the largest protest in the national capital. The March approximately consisted of a staggering 200,000 Caucasian and African Americans. King delivered his influential and well acknowledged “I have a Dream” speech concerning the ill-fated future of the country if drastic changes regarding racial inequality don’t occur.

“I have a dream that one day this nation will rise up and live out the true meaning of its creed: “We hold these truths to be self-evident, that all men are created equal”[6]. King boldly spoke in depth on the matters pertaining to the unjust treatment towards blacks. Despite some of the previous presidents being unfazed by the strenuous efforts blacks made to gain equal rights, President Kennedy recognized that the struggle for equality had to be fully addressed. The outcome of the March of Washington resulted in creating a “momentum for the Civil Rights Act”.[7] The event shed a negative light on racism, and encouraged people not to express any hate towards blacks. Further obstacles were to be overcome; however the March of Washington was the last major final blow to the US government.

Equal rights are present in our society; however racial bias is still lurking. Despite the arduous journey our country endured to end the racism, there are still people who favor whites over blacks. The bias towards blacks is a serious issue not only in the United States but across the globe as well. Although the government acknowledges the racism as a crime, there is an underlying bias against blacks no matter how much we retaliate. Several occurrences with police shooting innocent black people illustrate our society’s inability to fully accept racial equality. The main culprit, as in most instances, is mainstream and entertainment media. Media shapes people’s mentality, and there seems to be a direct correlation between the media covers the black community and prejudice against African Americans. Media assigns “social roles” to blacks and generalizes the African American population. “Media have divided the working class and stereotyped young African-American males as gangsters or drug dealers”.[8] Problems regarding black acceptance surface when the media perpetuates blacks as convicts.

This ongoing dilemma can be resolved if mainstream media and entertainment industry filter their racial content. Media should stop manipulating the public and creating false notions. Rappers, who often degrade the general African American population by referring to black people using “N” word and have music that contains verses encouraging blacks to “toughen up” and display a violent behavior in order to fit in, will have to reconsider everything they rap about. In other words, the very culprits who are blamed for promoting racism should clean up their act and instead raise awareness regarding the racial issues to make sure that wearing a hood should never be a reason for profiling.