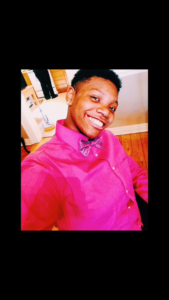 Since the end of World War II, there has been significant progress made in race relations in the United States. African Americans have struggled for equality and justice in order to end the racism that has plagued this country since its inception. African-Americans have fought tirelessly during the 20th and 21th century to demand equal protection under the law, specifically in the areas of education and cultural expression.

Although there have been many movements that have resulted in educational and social change, none have been more critical than the Brown vs. Board of Education case and The Harlem Renaissance. Brown vs. Board of Education influenced African Americans to begin to advocate for change in racial relations. The Harlem Renaissance made African American cultural developments more often recognized.

These movements were critical in initiating a revolution on how whites relate to the African American population because both caused significant change in how African Americans were referred to as a whole. However, there is still much work to be done in the areas of economics and social mobility. America’s implication that white is automatically better continues to be a reoccurring issue in race relations.

Brown vs. Board of Education is often referenced to be the initial battle in the fight for equality. The case was brought forth by a black family who wanted to educate their daughter but found it extremely unfair that they had to travel unreasonably far to do so. Eventually, the Supreme Court found the segregated education law unconstitutional by the Fourteenth Amendment. The case ultimately started the civil rights movement, as it created an image to blacks that change was possible. It sent a message to America that blacks were citizens just as whites were citizens, and imposing unfair punishment just by the color of one’s skin would no longer be tolerated. There had been many other small incidents that called for civil rights, but the case made the biggest initial impact. Once the schools were desegregated, black people began thinking of other ways they could bring justice to the Jim Crow inspired American racial system.

The Harlem Renaissance proposed a new outlook on African American’s cultural contributions during the 1920’s. Taking place after the great migration, the Renaissance encouraged African Americans to embrace the African side of their culture. The Renaissance also encouraged them to reject White America’s view of them, and diverge from their set position as an inferior race of people. The Renaissance gave African Americans new hope, convincing them that it is okay to represent themselves expressively, through art, literature, and education. During this period, a record-breaking amount published authors, recognized artists, and college graduates were black who began to realize that whites were not superior to them in any way, and refused to be ridiculed and disrespected silently any longer. The influence the Harlem Renaissance carried forced White America to acknowledge blacks, and forced blacks to step out from the shadows. Thus, this time period is monumentally important to the advancement of racial relations in America.

As a result of these and other events progress has been made. However, “equality for all” is nowhere near achieved. Though we are an integrated society, since the 1960s, the gap from the median household income of whites, and that of blacks, has widened by nearly ten thousand dollars per family. This means that if a white man does the exact same job as a white man, the white man will earn at least ten thousand dollars more than the black man. In some cases, the black man could be more experienced and qualified for the job, but he will never make as much, or be thought of as valuable as the white man. Moreover, in overall household wealth, black households are worth approximately twenty thousand dollars less than a white household.

Furthermore, white Americans continue to hold Social Capital, which means they are granted privileges, immunities and support simply for being born white. America has set up a social caste that is designed for white people to be successful; a caste built on the backs of African Americans, dependent on their failure. Meaning, black babies are born with the assumption that they will fail. This means blacks have to work ten times harder for success to even come into consideration. White babies already have a whole country supporting them, and it is a lot less difficult for them to succeed.

Until America has been reconstructed from the ground up, there will never be “equality for all”. There will continue to be a static gap between white and black America until major reconstruction is imposed. There will not be a truly equal society until this happens.
Equality simply means freedom. However, consider this; if someone has to give one freedom, is one truly free?